What the heck are “swollen fish spines”?

Have you ever shown a weird looking fossil to someone and have them tell you it’s a swollen fish spine? I have, numerous times and, funny thing, they were never able to tell me what that meant! I mean, these fossils looked nothing like a fish spine, and how do they get so grotesquely swollen? How common is this? Are there fish out there with swollen spines now? Well I had to know so I did some searching. Here’s the scoop.

The condition is called “hyperostosis”, which is just Greek for “more than normal bone”. Giving it a fancy name doesn’t add any more information; it just let’s you sound cool. “Oh, yeah, that is a hyperostotic fish spine”. “Say what!?” “Yeah, I’m bad.” But it does let you know that some scientist has actually noticed these things and has at least gone to the trouble of giving them a name. While the fish is still alive, then, some bones grow abnormally, and this extra-sized bone is a bit more likely to be preserved as a fossil than more delicate normal spines.

Hyperostosis isn’t totally random either. It turns out certain species of fish are likely to develop this condition on particular bones. I actually caught a fish that is prone to this condition, a jack crevalle, and found a hyperostotic spine that matched a fossil I had found. 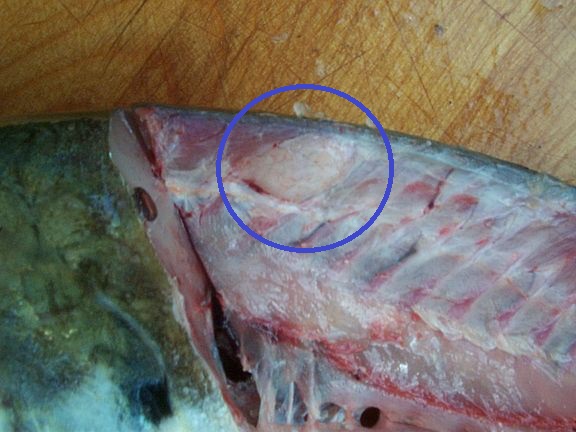 Swollen spine in a jack crevalle

This modern specimen looks a lot like the fossil in the upper left of the five shown in the earlier photo. So when you’re out fossil hunting keep an eye out for odd-shaped pieces of bone. And if you or your friends find one of these nuggets you can say knowingly, “Yep, fish hyperostotic spine,” and really know what you’re talking about.

If you hunt fossils in Florida, you may be lucky enough to find some of the bony armor from the Pleistocene glyptodon. I’ve collected a few and offer these photos to help you identify those you find. The most easily recognizable specimen looks like a flower. 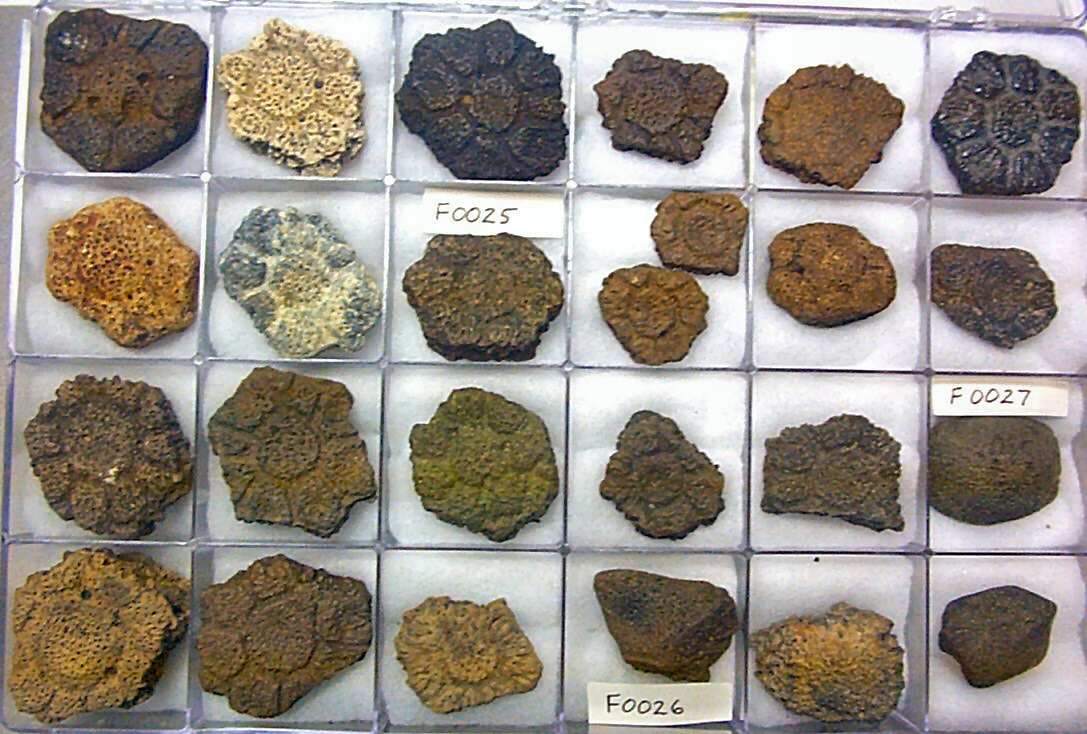 Glyptodon scales come in a variety of shapes

Theme by Anders Noren — Up ↑